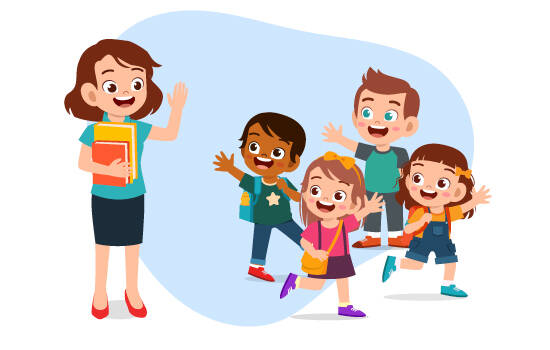 Early childhood is a period crucial for children's physical, cognitive, emotional and personal development. At this age the basic values are actively shaped, to be further are developed and followed in the life of the child as an adult. This age should not be neglected and excluded from the cycle of civic education.

Children should be seen as active and engaged citizens who have rich potential and creativity and who are able to form and express their views on issues related to them. It is recommended that child participation be encouraged at every stage of the education system, including kindergartens.

Kindergartens are a suitable environment for promoting harmonious and constructive relationships between girls and boys. It would be good to discuss in detail the introduction of special programs and methodologies for early childhood training on gender equality.

Although insufficient, there are policies in Bulgaria promoting equal opportunities for women and men, including regulations for educational programs that challenge stereotypical images of both genders. However, the commitment declared on paper is not reflected in the practical work with children. The system of education has been identified as a key territory for promoting equality, and clearly there is lack of experience and best practice.

Kindergarten environment is quite important for promoting healthy relationships between girls and boys. In preschool, children start making sense of the world around them as they play. Therefore, they should be offered various games and activities that allow them to question the stereotypes about girls and boys. Assuming that girls would not be interested in a game or activity, traditionally considered suitable for boys and vice versa, we run therisk to harm children's interests.

In the process of kindergarten education and upbringing it is important to present truthfully the variety of social roles that girls and boys/men and women can play.  This would inspire children to pursue their interests and have brave dreams. In this regard, significant progress has been made in including topics, linked to career development and the visualization of different professions, in the aids used by kindergarten teachers (such as pictures of police or military women and men, as well as holding meetings with women and men, working as police officers, doctors, teachers, etc.). Good practices could be further developed by presenting women and men, sharing housework and childcare responsibilities, and questioning other family stereotypes, as well as participating in the decision-making at the workplace.