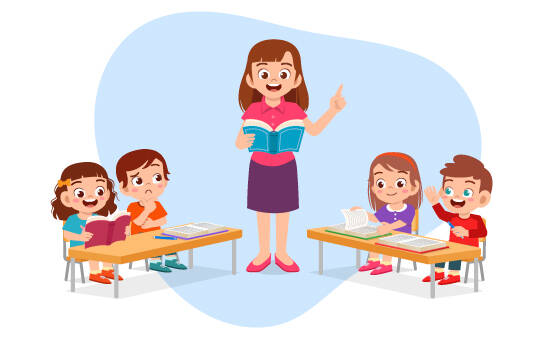 The first exploratory phase with children, teachers and parents during spring 2019 allowed us to focus and refine the questions posed by the Fairy Tales project, in particular the following:

During the first phase of the project, we identified possible risks to the project implementation. These related especially to the generic nature of the project, the young age of the boys and girls we were interacting with and the different national situations and contexts of the three partners, as well as the heterogeneous social and geographical composition of the classes involved in the activities (which may, however, reflect the situation in Italy).

A first identified risk was related to time: The project by its nature imposed a short and tight framework for the activities. As we know, however, children need to take their time. The time required to participate actively and to understand the communications coming from adults, especially those of a theoretical and abstract nature, can vary a lot from person to person and can be different from child to child. The risk was to enter in a dialogue only with some children and not being able to reach them all.

The second risk was that of not involving the adults who were important persons of reference for the children and appreciating their roles and engagement, especially teachers, who were the only ones able to sustain the essence of the workshops when engaging with the children in the classrooms. In light of this challenge, it is proposed that future experiences put the training of adults first, prior to the experiential workshops with children.

The greatest risk was that of failing to find the right language and ways to convey to children the rich and articulated framework that had been identified (beyond the gender-specific issues, the general framework of human rights and the EIGE indicators, among others). The risk was to propose and impose on children adult views, judgments and concepts, in a top-down manner, without taking into account and without respecting family, social, religious and cultural differences, rather than sharing them through a joint experience.

For these reasons, and referring to the Italian school of thought and pedagogical research that have inspired over time many innovative practices,1 the decision was made to set up the experiential workshops according to some key points:

With regard to the children: 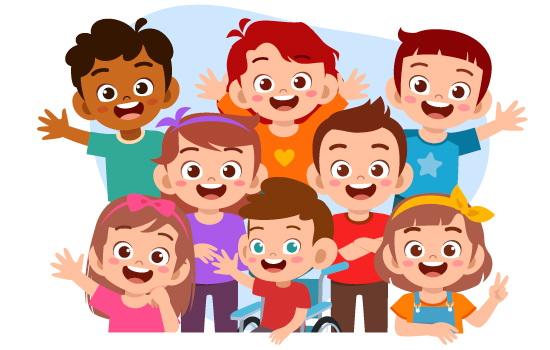 Prioritising their points of view, starting from the assumption, shared with them in words and actions, that people are all the same, with different characteristics and abilities, but each one unique and precious, worthy of being seen, heard and considered without ever being offended, silenced, ignored, or judged. To translate this understanding in real behaviour, the adults, who are steering the situation, must always observe the children, listen to them and give them the floor and visibility as often as necessary, valuing the sharing of ideas, even different ones, without giving definitive judgments and giving everyone time to modify and mature their own ideas.

Body, sensations and emotions: children (as well as adults) live, understand, feel and learn through the body – the body-mind. Very often, however, the children’s minds are addressed, whereas the body is neglected and ignored. In the workshops, we tried to pay the utmost attention to spaces, lights, music, objects, materials, postures, games and the alternation of quiet calmness and movement, proposing, without saying it explicitly with words, a playful and non-judgmental dimension that children are able to recognize immediately and inhabit naturally, in an indispensable condition of well-being.

Narration and symbolic play, at this age, are the most immediate tools to “speak” one’s thoughts, making them alive and experiencing them with the body and emotionality in “we pretend we are...” exercises. Images and realistic activities are the most powerful language, at this age, to anchor the experience in the memory.

With regard to the fairy tales:

A first risk was to work with traditional fairy tales, without considering, which fairy tales children know today, in which versions and forms they are proposed to them and, above all, which are the fairy tales of the present that are part of their imaginary world. This, in our opinion, could lead us to uncritically replace old stereotypes with new ones. Some recent Disney versions of traditional fairy tales, for instance, were produced rather in response to mainstream receptivity than to really promote equal and friendly relationships between genders, in mutual respect where we progress from the idea of fragile and powerless princesses and princes with their resolute kisses, quarrelsome, cynical female heroes who are always alarmed and rough, funny and inconclusive males. Some of the boys who participated in the activities were so bright to reject these movies as they thought they were “movies for females that only the girls liked”.

A second risk was the temptation to discard the traditional fairy tales too easily, without knowing, studying or using the “old” fairy tales and legends of our tradition, which in fact represent the cultural foundations on which all subsequent and current narratives rest.

We decided therefore together with the project team to work with the original versions of fairy tales of the Brothers Grimm and Perrault. We preferred to immerse ourselves in the texts without preconceptions, with “innocent” ears, and we discovered, together with the boys and girls, not only violence, injustice and abandonment but also treasures of intelligence, generosity, honesty, courage and resilience on the part of the young protagonists, and often also of the male characters, princes or not. It is not surprising that Propp, Calvino, Bettelhaim, Zipes and others have explained how the fairy tales constitute an immense human patrimony of oral, popular and cultured wisdom, an archive of human cases in which to find oneself, tools to appreciate, console and support the most fragile persons, girls, children, those who are “different” and poor, struggling with the difficulties of life; they also convey continuous messages warning against behaviours judged unworthy and dangerous: in short, a synthesis and summary of human destinies.

We felt that this reflection could make an important contribution to the project. It was therefore decided to develop a parallel working structure to what was proposed by the partners, while maintaining the same objectives and aims, focusing the work on the positive aspects of fairy tales and, in particular, in addition to strengthening the children’s capability to recognize and reject gender stereotypes, stimulating their ability to read and interpret the events of the stories without ideological preconceptions, but with attention to the possible motivations and results of individual behaviour; and to discuss them together.

We believe that we have responded in this way to the aims of the project, in particular the aim to encourage from a very early age the creation of situations of friendly and respectful cohabitation and interaction between different people (in terms of gender, age, physical characteristics, geographical origin, different abilities, skills and disabilities, social conditions ...), inviting and supporting teachers to conceive and practice in everyday school life a sort of permanent education to feelings, along with a growth of knowledge and defence of their own and others’ rights.

——————————————————————
1. We refer in particular to an intercultural pedagogy, not authoritarian, listening rather than “filling” the child, from Montessori to don Milani, Danilo Dolci, Gianni Rodari, Loris Malaguzzi, Lorenzoni, Affinati, Moreno (see bibliographical proposals).

The activities carried out, as described above, have generated an important opportunity to translate the challenging pedagogical…

The working group that carried out the project activities in Italy, which was tasked to address such complex and sensitive…

The Italian Constitution provides for the equality of all citizens as one of its fundamental values. The right to equality…

In light of the overall objectives of the project, the working methods were selected with due consideration to the joint…