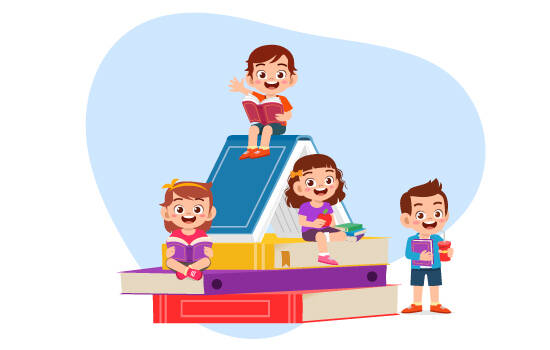 Fairy tales* and the world of the child

*These are not the fairy tales endorsed by Walt Disney. They are rather folk tales, collected and published by the Grimm brothers in 1812. Later they were revised by Wilhelm Grimm, with new elements added and others taken out, to please the reading public tastes at the time. Charles Perrault also collected, published (in fact as early as 1697) and later revised folk tales.

Fairy tales are passed down from generation to generation, as a rite of passage into the history of the world and the most meaningful human experience. Their influence on shaping the perceptions and socialization of children is so powerful that the humanities no longer treat them simply as entertaining bedtime stories. For centuries fairy tales have served as a source of morals, ethics and social norms. Sometimes their universal messages guide people throughout  their  lives, serving as the measure of "right and wrong," "good and evil," "beautiful and ugly."

Fairly tales help girls and boys grow up, face their deepest fears and desires and shape their values. They stimulate the emotional, intellectual and behavioral development of children and promote their mental health. There are some good reasons to explain why children find fairy tales so appealing. 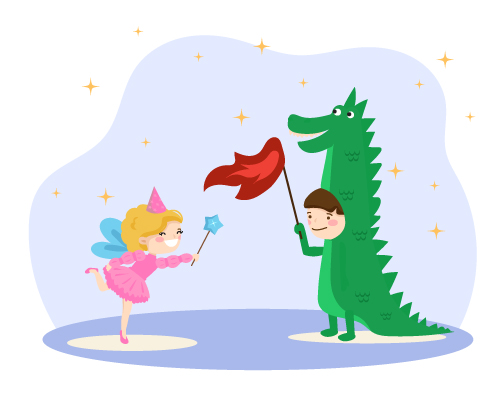 Fairy tales open up opportunities for children to develop their imagination

Each of us has once been part of the magical world of fairy tales, where miracles happen and everything is possible, but as we grow up it is getting more and more difficult to go beyond the limits of rational thinking. This ability is granted mostly to children under 11 years old, who join the story, bringing their endless imagination, with no resistance, thoughts or criticism. The reality of fairy tales comes close to children's fascination with fantasy, their empathy with unrealistic stories, and their need to identify with characters of supernatural abilities.

Imagery in fairy tales is rich of symbols going far back into the past of humanity.  We find them in myths, religion and dreams. These symbols speak effortlessly to young children because they embody their inner world: their fears, wishes, and the images they tend to identify with.  Children, with their limited sources of knowledge and experience, feel close to symbols and use them to understand the world in a much more effortless way than they would, if they had the ability to resort to rational knowledge.

Fairy tales show the world the way children imagine it to be. They tell stories about conflicts, difficulties, and relationships similar to the ones children experience. The story line is simple and easy to follow, giving children the chance to compare them to their own experiences and in this way to get to know themselves and their relationships better. There is no need to explain fairy tales because they grasp complex existential issues with brevity and amazing clarity, in line with the ideas and the knowledge that children have. They offer clear and articulate distinctions between good and evil, the good hero and the evil one, so that children needn't question the stories, nor the characters.  Moreover, fairy tales serve as a matrix, helping children grasp better the world around them. 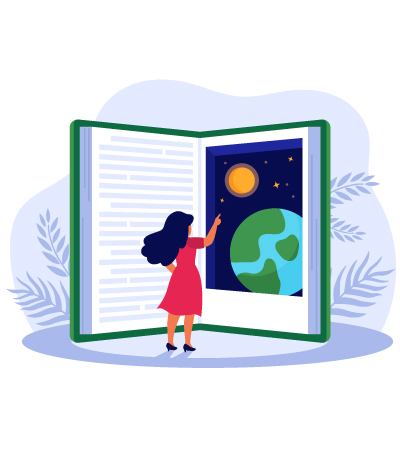 The folktales are real*

They piece together a universe of events, characters, and themes that have excited and troubled humanity for ages; they feature folks of all ages from childhood to old age; they touch on the strengths and weaknesses of human nature and the contrasts we experience in our lives: the poor and the rich, the good and the evil, the brave and the weak, the ugly and the beautiful. They come to us rich in emotions, exciting and entertaining, posing the universal questions about freedom, friendship, love and other human aspirations. Fairy tales can bring about extremities (abuse, violence, deprivation) that may be difficult topics of children to explore otherwise. Being culturally sanctioned, these stories allow for the exploration and discussion of conflicting themes and stimulate children to develop their critical thinking abilities. The project partners decided to work with children, using the classic texts, compiled by the Brothers Grimm, Charles Perrault and Hans Christian Andersen, because the versions of Walt Disney, which are usually more familiar to children, tend at times to use the "magic world" of fairy tales for private commercial pursuits.

*Calvino I. (1956), Italian fairy tales – Collection of popular tradition over the past hundred years and transcribed in Italian from the various dialects 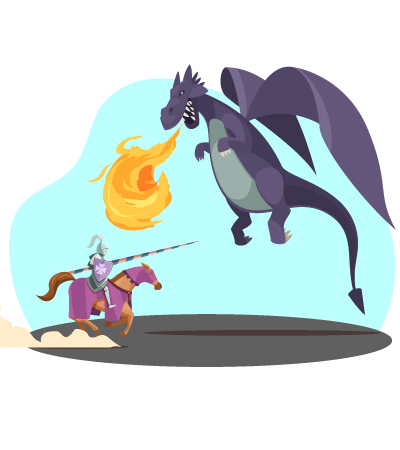 Fairy tales help children get prepared for hardships in life**

Even though they employ fictional stories and characters, fairy tales can help children cope with the hardships of real life. In addition to presenting a variety of issues, they also provide solutions to conflicts. In this way, fairy tales can support and further promote children's mental development by encouraging them to overcome their own fears and anxieties. The classic tales have a clear purposeful structure, reinstated with different story lines and characters. It invites childen into the story, letting them live side by side with the protagonist and leave as winners. There are several important lessons that fairy tales teach. The first one is the lesson about the happy ending, bringing the values of confidence and courage to help overcome life's difficulties, as well as the prospect of being rewarded for facing troubles. The story line always follows a pattern: first come the shortcomings and sufferings, followed by the trials when the hero comes out, and finally there is the reward for confronting troubles. The second lesson is about facing difficulties instead of avoiding them in order to guarantee the end result: success and satisfaction.

**Prof. Svetlana Stoicheva, at an interview for the Bulgarian News Agency of March 10th, 2017 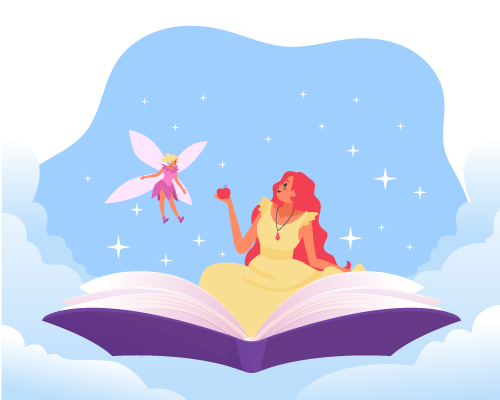 “These "real" fairy tales spoke on a deeply subconscious level about problems children and adolescents met during their years of growing up: how to reconcile conflicting emotions towards one's parents, sibling rivalry, sexuality, the identification as a developing man or woman, becoming accepted for the unique person one is, etc.”, note Lars Gimstedt and Hildigerdur Jakobsdóttir Gimstedt in their book on Fairy Tale Therapy. Fairy tales offer symbolic solutions to these problems, letting children get in touch with their “dangerous” emotions in a safe and constructive manner. The fairy tales, closest to the original folk tales, have a therapeutic effect, and antagonists and scary story lines contribute to it in their own right. Misled by the intention to protect children from bad feelings and discomfort, adults sometimes resort to changing classic tales, adding good characters and omitting the bad ones. Some parents for example, skip reading the parts of the story where the Little Red Riding Hood is devoured by  the Wolf or Hansel and Gretel are abandoned by their parents. It should be wise to keep in mind, though that these fairy tales, and time survivors, are rich in symbols that relate to the children's unconscious, and trigger their emotions as well as their growth potential.  Good heroes and happy ending are as much important as evil doers and scary moments. Original folk tales have been successfully used as therapeutic techniques. “Upgrading” traditional folk tales, “straightening them up” and omitting the scary parts result into severing their links to the unconscious inner world of children and weakening significantly their therapeutic power.

„Fairy tales are important not because they show children how life is, but because they give form to deep fears and dreams about life through fantasy “, wrote Sally Goddart Blythe, Director of the Institute of Neuro-Physiological Psychology and author of The Genius of Natural Childhood: The Secrets of Thriving Children. Fairy tales create a safe environment for children to understand and name certain feelings that they find confusing and difficult.

In conclusion, fairy tales are a powerful tool for shaping young children's values and moral categories. Through fairy tales, at a very young age they begin to develop their ideas about the world. Their own feelings, internal conflicts, relationships inside the family, with relatives and peers are projected within this fantasy reality. Fairy tales bring answers to children's questions and help them to navigate the world around them despite their fragile age and lack of life experience.

Fairy tales stimulate the acquisition of certain knowledge in line with societal demands. They are a tool for consolidating dominant attitudes and, as a result, certain social relationships, characteristics, patterns of behavior and values are never questioned, challenged or criticized, but accepted as the norm.

How to use fairy tales to introduce the topic of gender equality in the education of children? 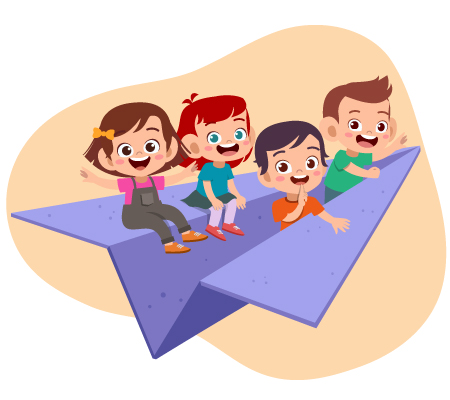 In today's age of globalization and endless opportunities offered by the development of technology, lack of self-confidence, economic dependence, lack of education and profession, unemployment and social exclusion deprive many women and some men of a dignified, interesting and diverse life. The stories we present to children continue to influence their personal and social growth because they provide them with role models that, as we have seen, can shape their lives.

This is a serious responsibility for parents, teachers and society at large. Bringing up boys and girls as equals, and starting at an early age, is a task facing all adults, because it will subsequently lead to partnerships at home, at school and at work; it will limit violence and make them open up to knowledge and development; ready for their authentic expression, satisfaction and fullfiling life. And this is the right of every human person: to have a dignified life and respect differences. Our society has reached a level of cultural development that may require to interpret these old yet beloved, childhood fairy tales in line with the values of equality and respect.

In educational activities with preschool and primary school children, classic children's tales can be successfully used to encourage their critical thinking and challenge restrictive stereotypes about women and men. The key concepts to be followed towards this goal are the following:

•   approach based on human rights;
•   sensitivity and understanding of the importance of social expectations and norms towards girls and boys and their impact on children;
•   seeing stereotypes as historically structured and culturally and socially acceptable roles for women and men, which generate inequality and are a prerequisite for discrimination and violence;
•   using fairy tales as a medium closest to children's knowledge and interests to introduce and discuss gender equality. 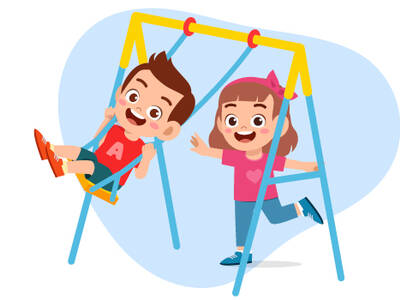 As young children develop, they begin to explore the meanings of being a boy or a girl. They learn about their roles by browsing… 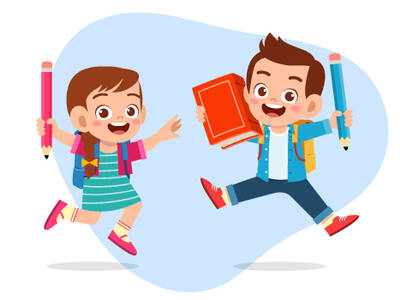 Human rights are core standards acknowledging the need for dignified life for all people in the world. The Universal Declaration… 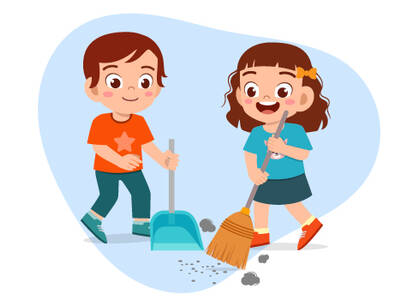 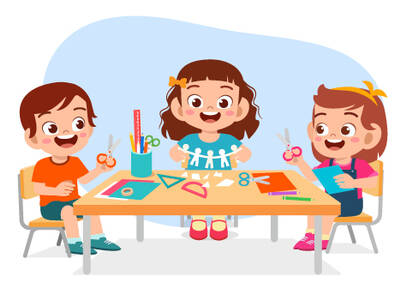